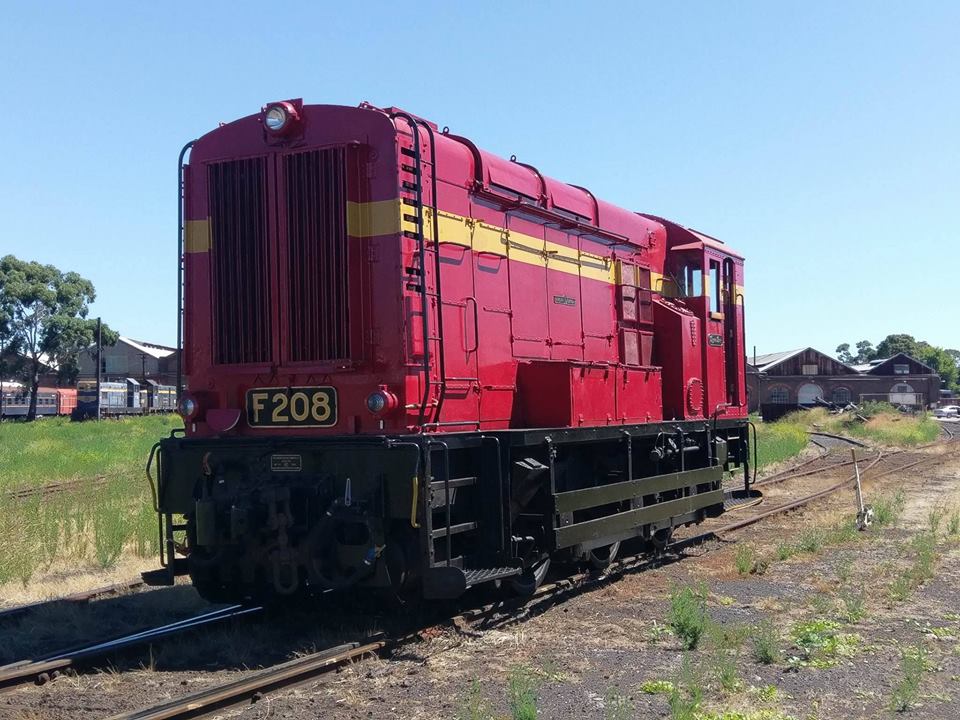 After the Second World War, the Victorian railways embarked on an 80 million pound program, named Operation Phoenix, to rebuild the network due to overuse and lack of maintence/investment during the depression and wartime. Part of this investment was the purchase of ten 0-6-0 shunting diesel locomotives in 1951. The locomotives were built by the English Electric Company at the Dick Kerr Works in Preston, England and were based upon the British Rail Class 11 as shown below.

F208 entered service on the 2nd of December, 1951 but due to numbering system of the time, worked as F317 until the 18th of May 1958 when more S Class diesel locomotives entered service and the numbers were transferred (this was also due to more F's being transfered from the State Electricity Commission and not interfereing with the numbers of the 1st series T class).

The locomotive spent much of its career working at Spencer Street, shunting passenger carriages and freight wagons around the yards and preparing trains. While other members of the class were set to regional depots to replace steam in the 1960s and 70s, F208 continued being rostered as the Spenser Street passenger pilot, Princess Bridge pilot and North Melbourne Workshops truck pilot with other members of its class.

F208 finished its service life as the South Dynon Loco depot shunter, where it had been given the un-official name 'Dynon Donk'. In March 1986, F208 was withdrawn from service and was stored with all of its class members. 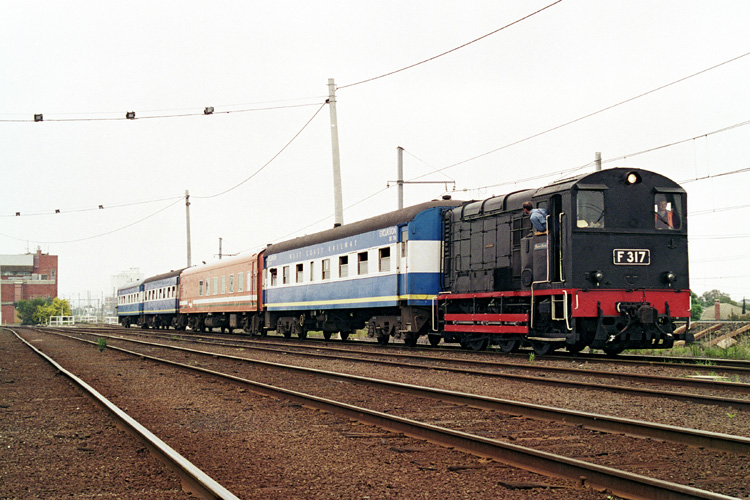 Since then, the locomtive was returned to V.R passenger red and its number of F208. While the F has occassionally appeared on Seven-O-Seven Operations tours, it prime role is the shunter of the fleet, where it prepares trains for upcoming excursions and Slow Rail Journeys.