The 707 Operations train consist is:

Van DT 318 is mostly used when a mainline trip requires R707 to run tender first. The van is marshalled at one end of the train so that, when running tender first, the front of R707 is coupled to DT 318 rather than a carriage or the power van. This is necessary because on a sharp curve the front buffers on R707 can catch on the walkthrough door frame of the carriages and power van. To avoid this possibility in normal running the tender buffers on R707 have been removed.

All carriages are 75ft (approximately 23m) long, steel bodied, air-conditioned and in sound mechanical condition. Being built between 1940 and 1959 they are of appropriate vintage and ambience to operate with steam locomotive R707. They also provide safe and comfortable “family friendly” accommodation for our customers.

An important addition has been made to the buffet in BRS 224 - an espresso coffee machine has been installed and is proving to be very popular.

Power van PCP 294 contains a diesel generator to provide electrical power to operate the train lighting and air-conditioning. It also has a cargo area with wide doors on each side. A safety fence across these doors allows them to be left open so that customers can visit the van while the train is running and experience the sounds, smell (and smut) of steam haulage.

707 Operations was given custody of ex-Vinelander sleeper car SJ 284 by VicTrack in early 2011. It has not run on the mainline since 1993 and is under going a full overhaul, including a bodie lift, before re-certification for mainline operation. This is was completed in early 2013 and the carriage runs on selected mainline trips. 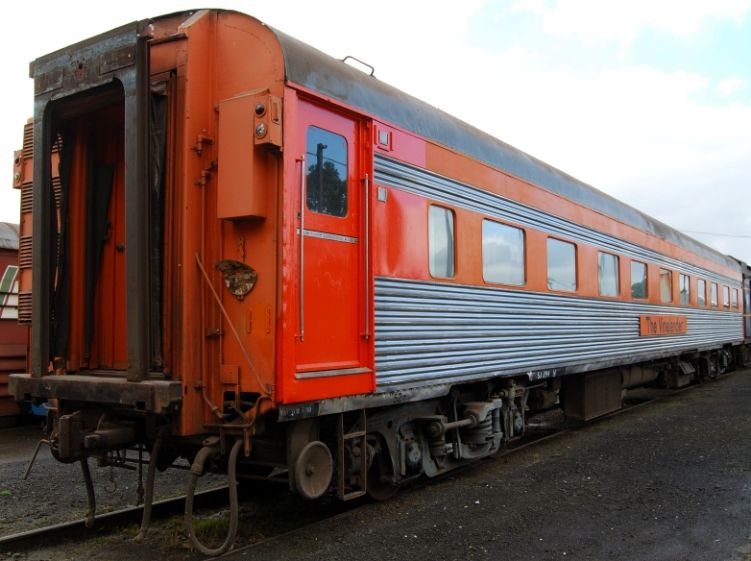 Despite the time in storage the carriage was found to be in generally good condition. The major concern was an area of corrosion at one end found caused by prolonged water leakage from the kitchen. This has been repaired. 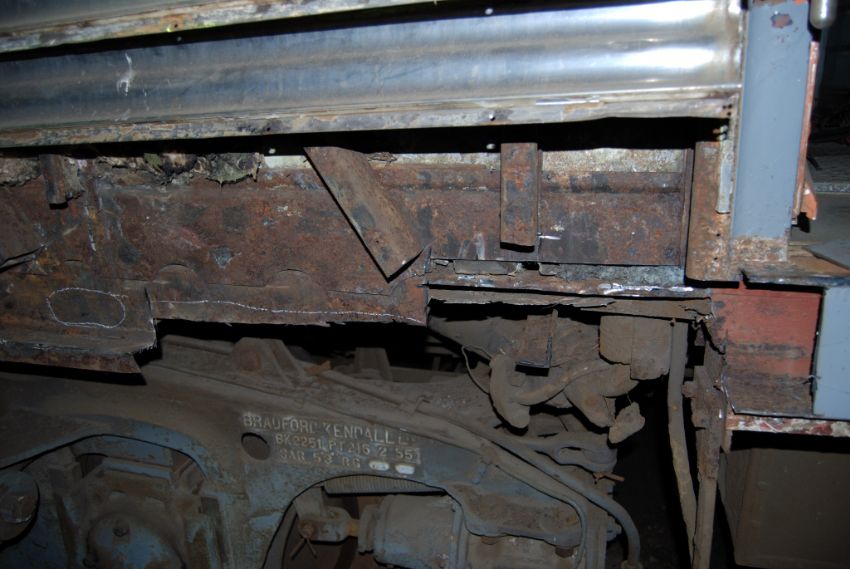 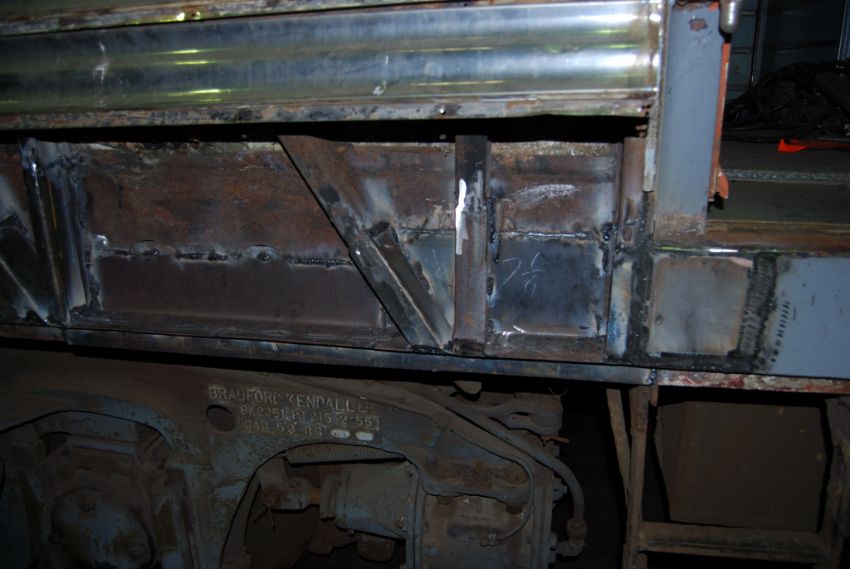 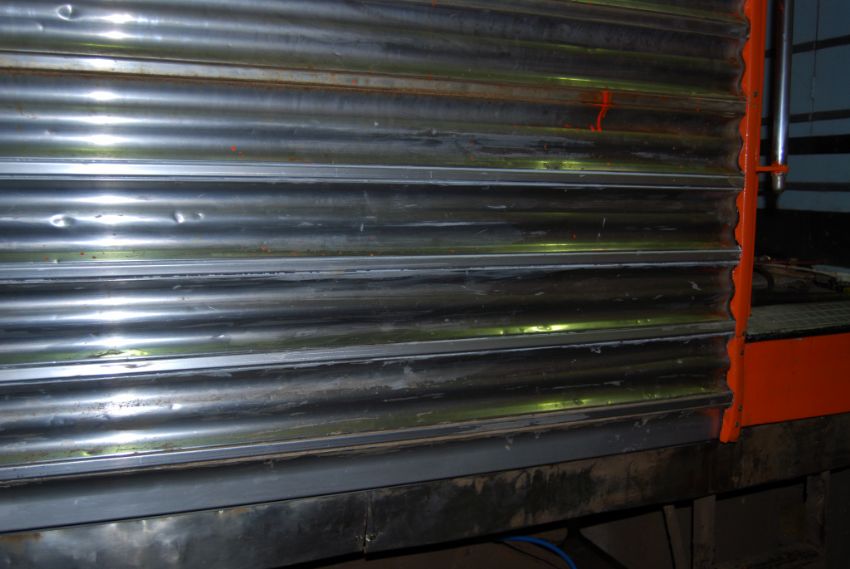 The West Coast Rail blue and white external livery is both chalky and inappropriate. A project is underway to re-paint the carriages red with a grey roof. The shade of red is that used by Victorian Railways in the 1940s on the “AS” and “BS” carriages that were not used on the Spirit of Progress. As they are completed the carriages are being branded "Vintage Rail Travel" (the trading name under which 707 Operations runs mainline excursions) and given names associated with the Newport district.

BZ 270 - completed using labour provided by Victoria University under the Work for the Dole scheme and named NEWPORT. 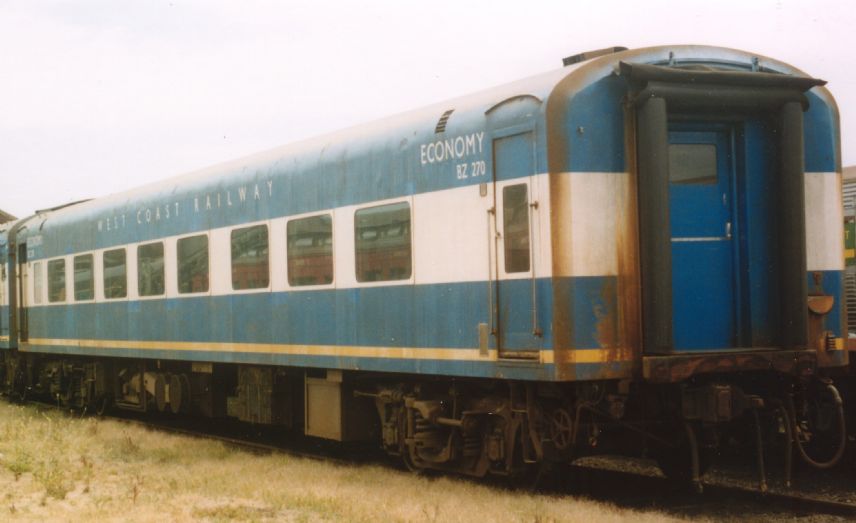 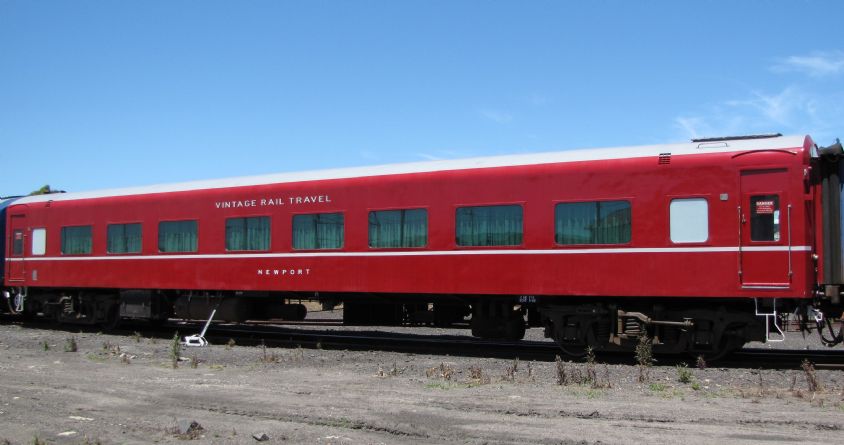 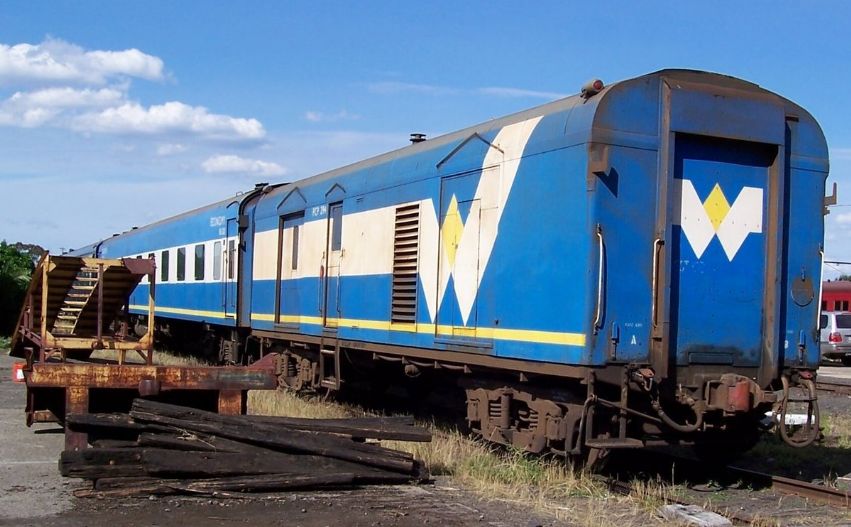 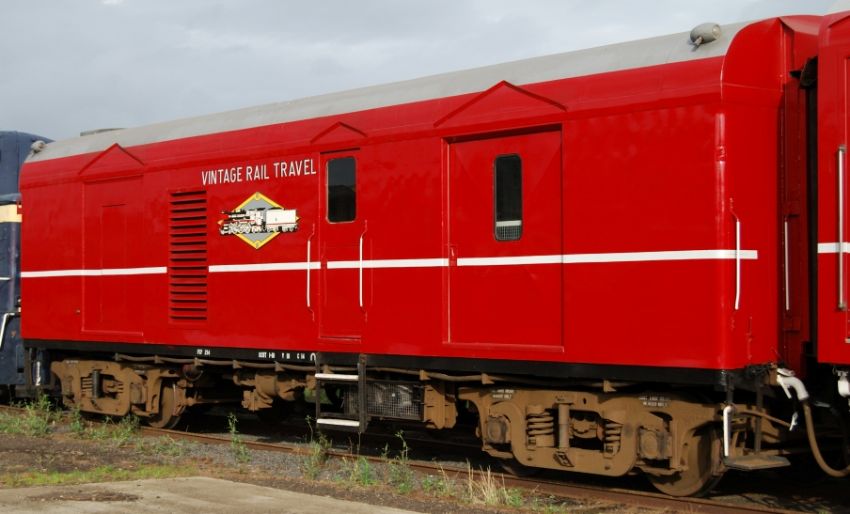 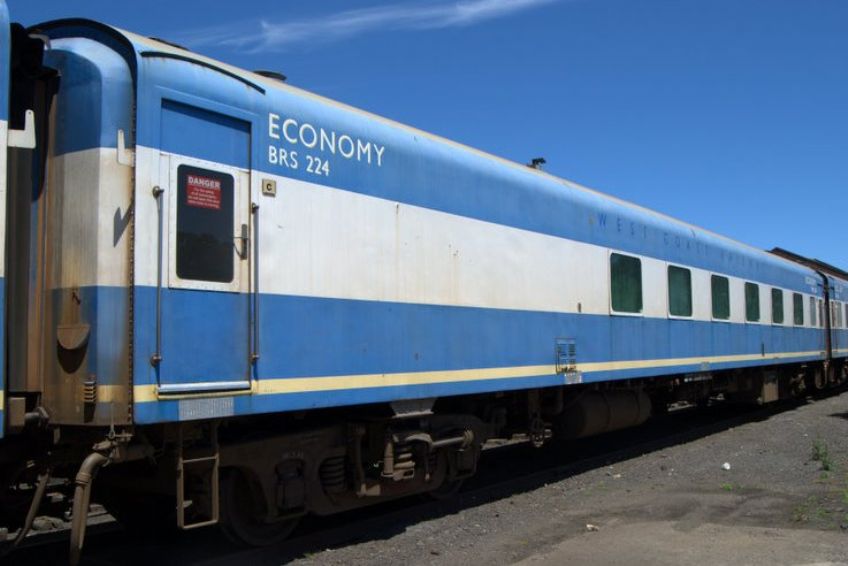 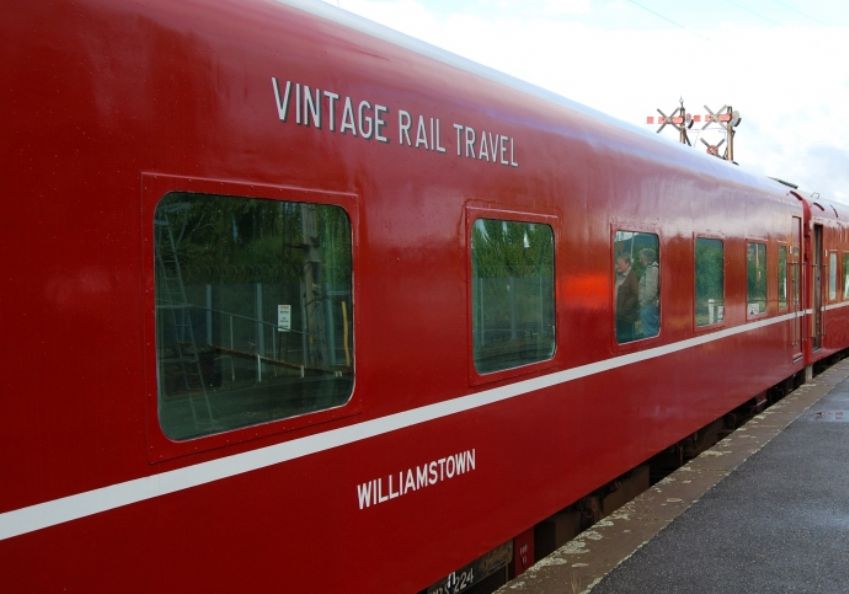 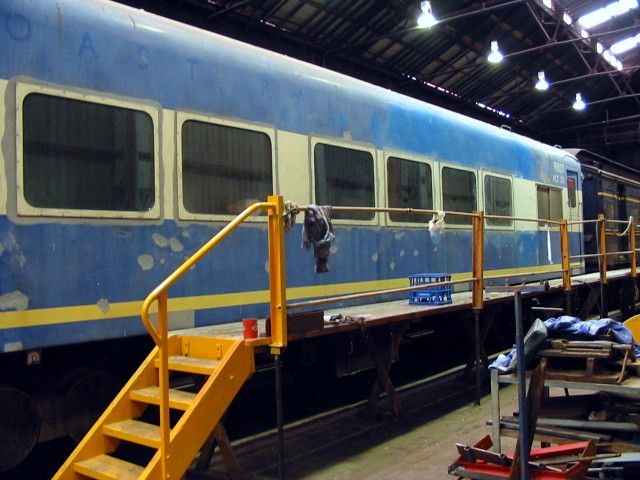 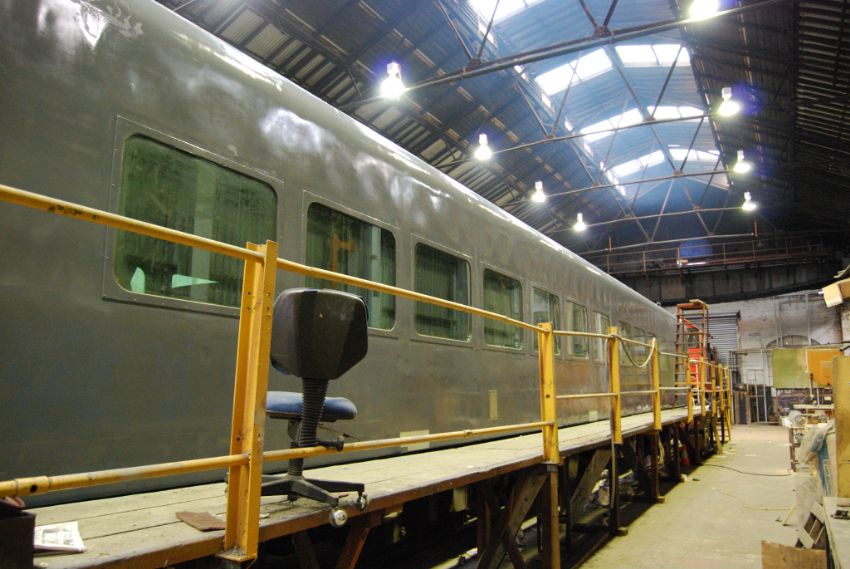 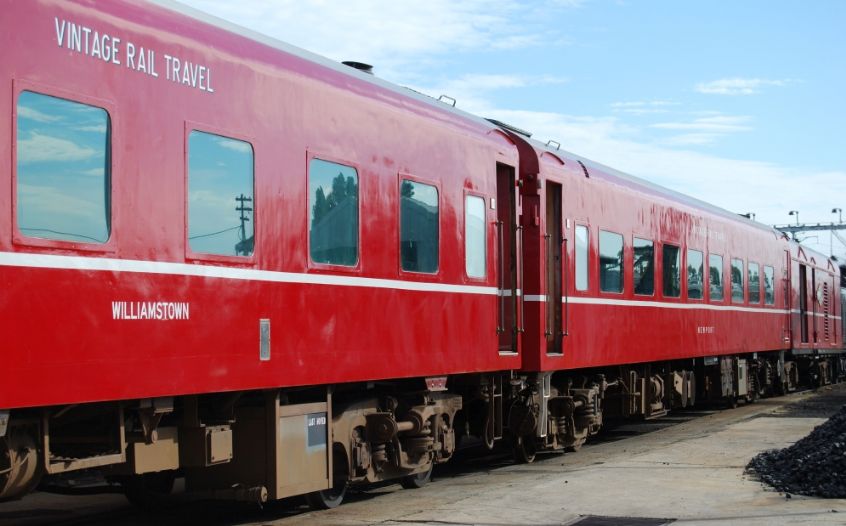